The project Mozart’s Boat is visually very simple. It is built of two basic structures: a wooden boat (80 x 200 x 650 cm) placed in a clean white space and a line of bows, fixed on the surrounding walls. The body of an old wornout sailboat has been renovated and its upper horizontal surface has been shaped as a stringed instrument. The ambiguity of this invented object was created by the imagination, to which the dialectics is always necessary.
Against the imagined energy, inbuilt in the physical static… of the sailingmusical object, the dynamic paths of the bows are placed, as a peculiar visual alibi of the itinerary “engraved” on the water horizontal. The centre of the composition of this installation is an object (a boat-musical instrument), seemingly full, but actually cleared from its womb, from which rays of inaudible music radially spread out, and the proliferation / multiplication of the “bows” deliberately supplants the attention off the centre to the margins, in the spirit of the idea of “full margin”(Andrè Breton).
Mozart’s Boat was made as a confession and an exercise of ascetics, akin to the “Anaemic Cinema” (the first and only film of Marcel Duchamp), “the impoverished painting” (Samuel Becket), “The plea of a meagre theatre” (Jirzy Grotowski), i.e. in Macedonian context, of the minimalism in some works of Jordan Grabul or of Dusan Percinkov. In this sense, the work of Maznevski in the Macedonian fine art milieu belongs to the family of the emphatically cultivated artistic language. This points, like with the above-mentioned authors, to plainly impressive and autochthonous manners of comprehending, it talks of noble approach to art, sets thought in motion in a different way. Sonja Abadjieva (excerpt from “Sailing on the Silence”, text for the catalogue) 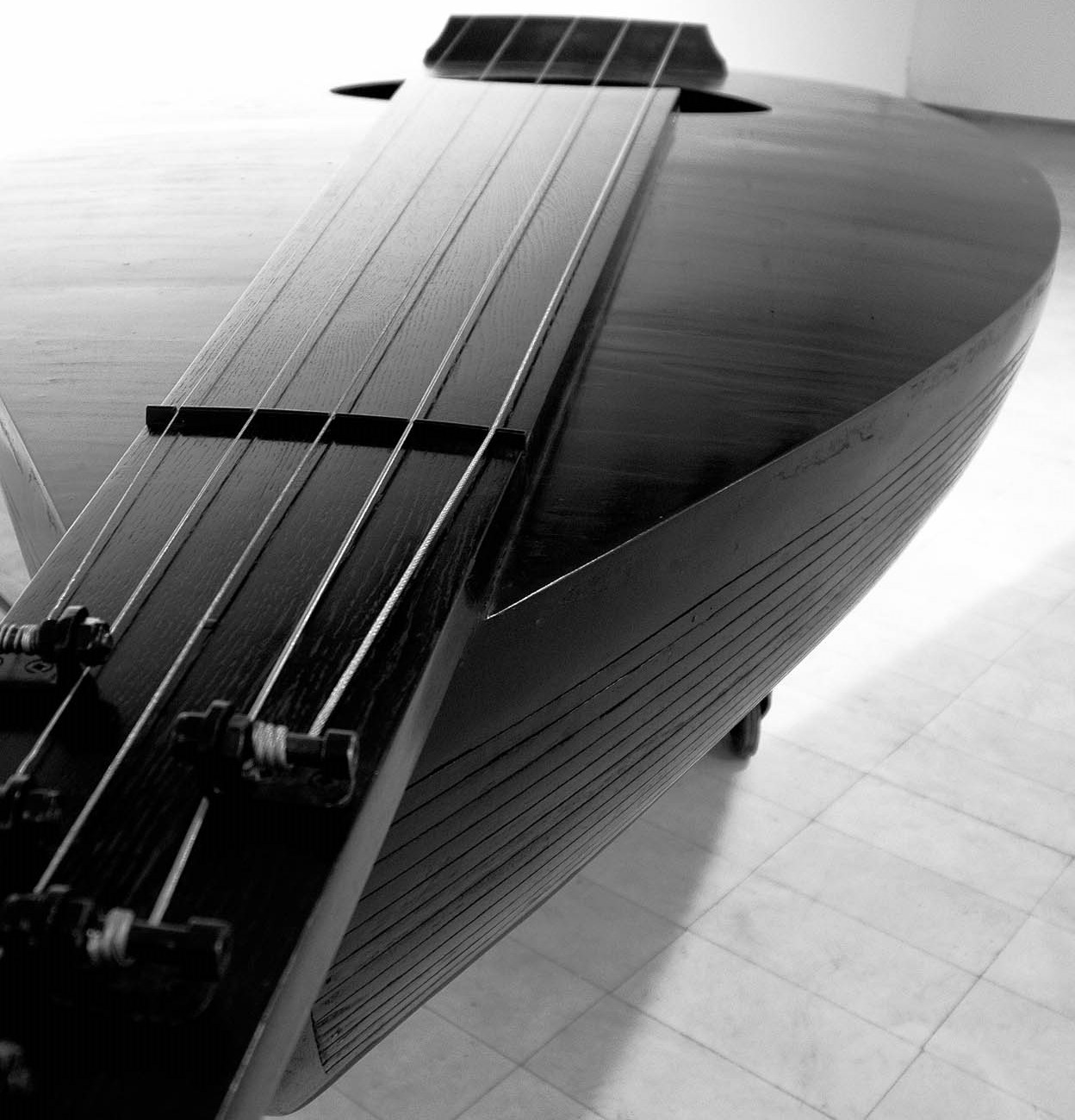 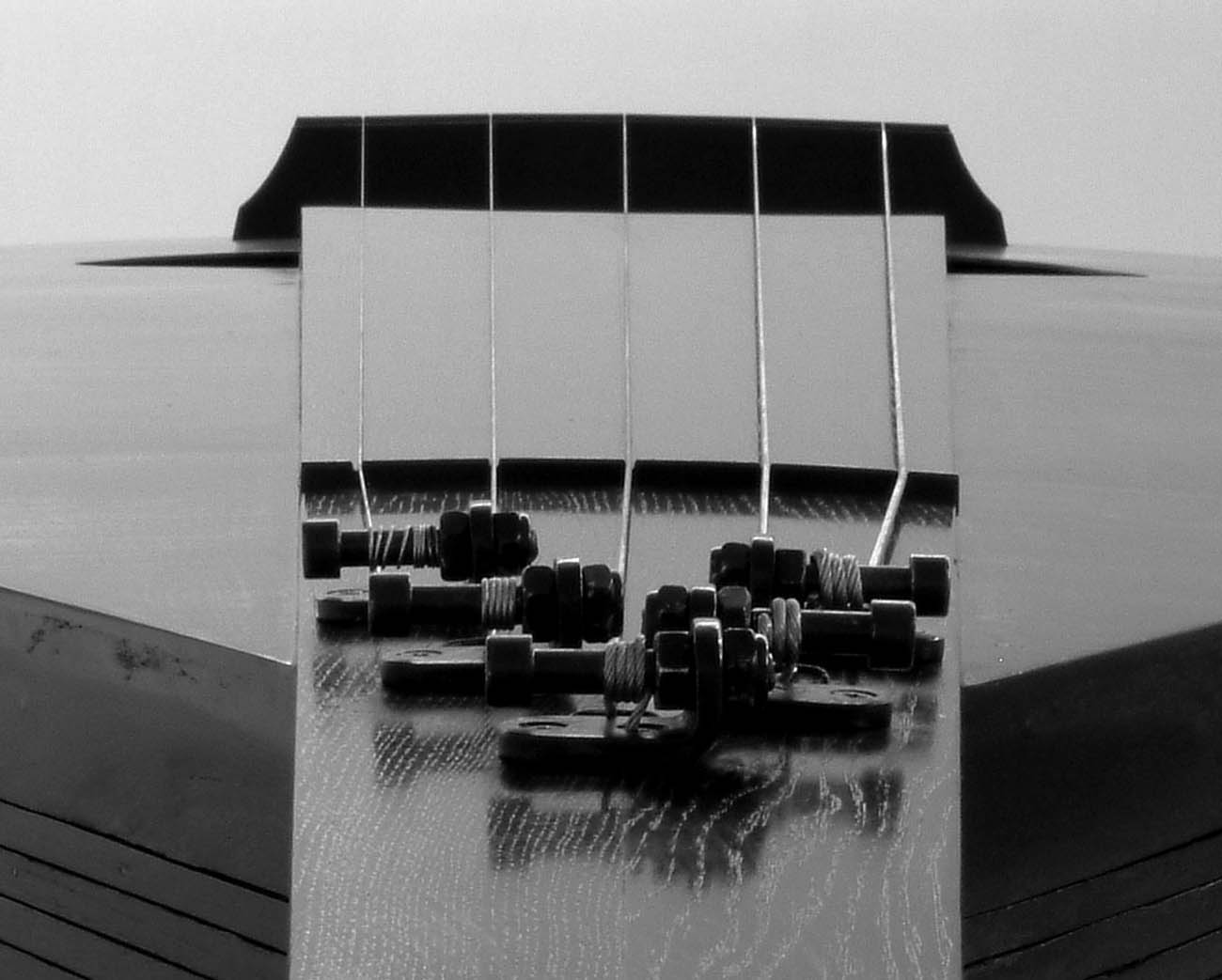 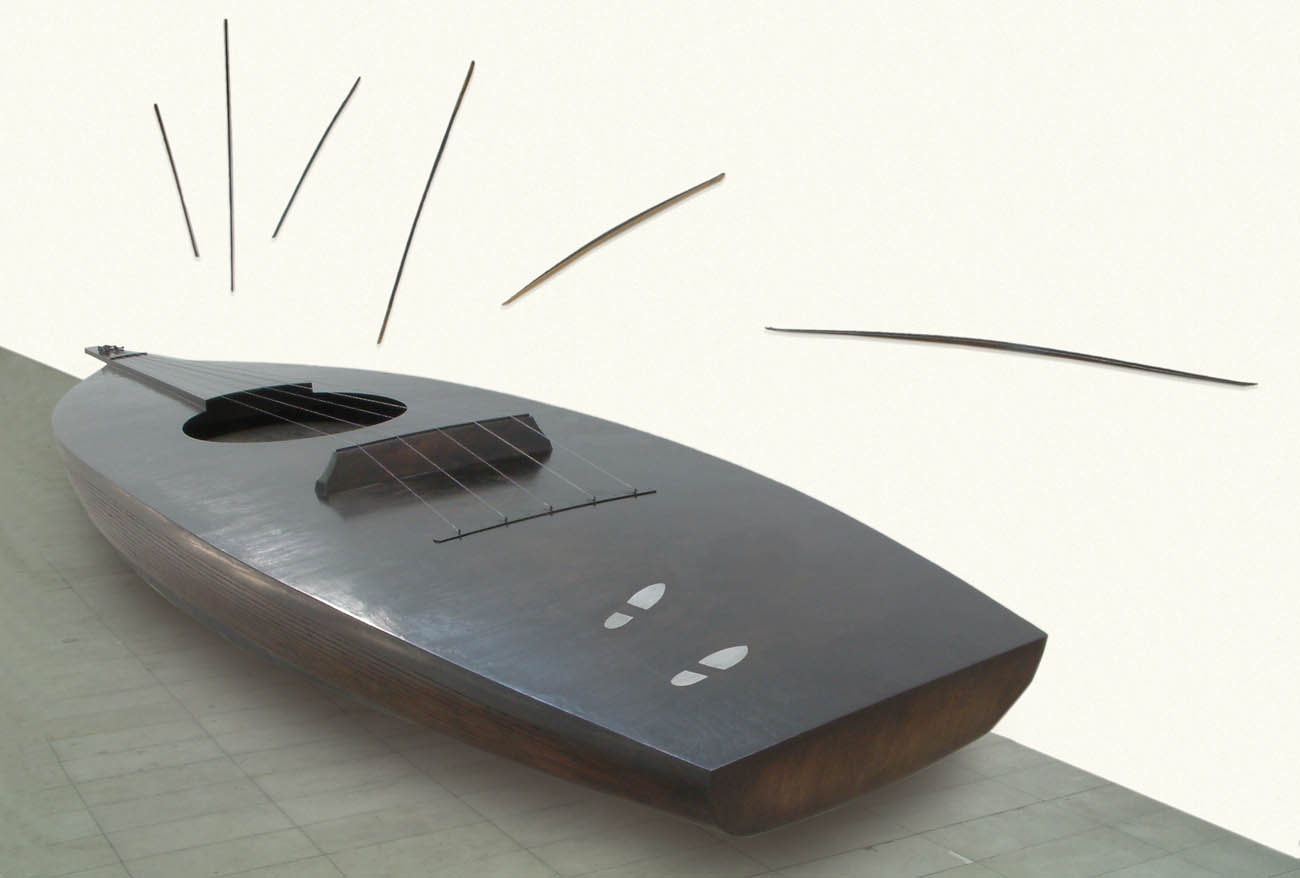 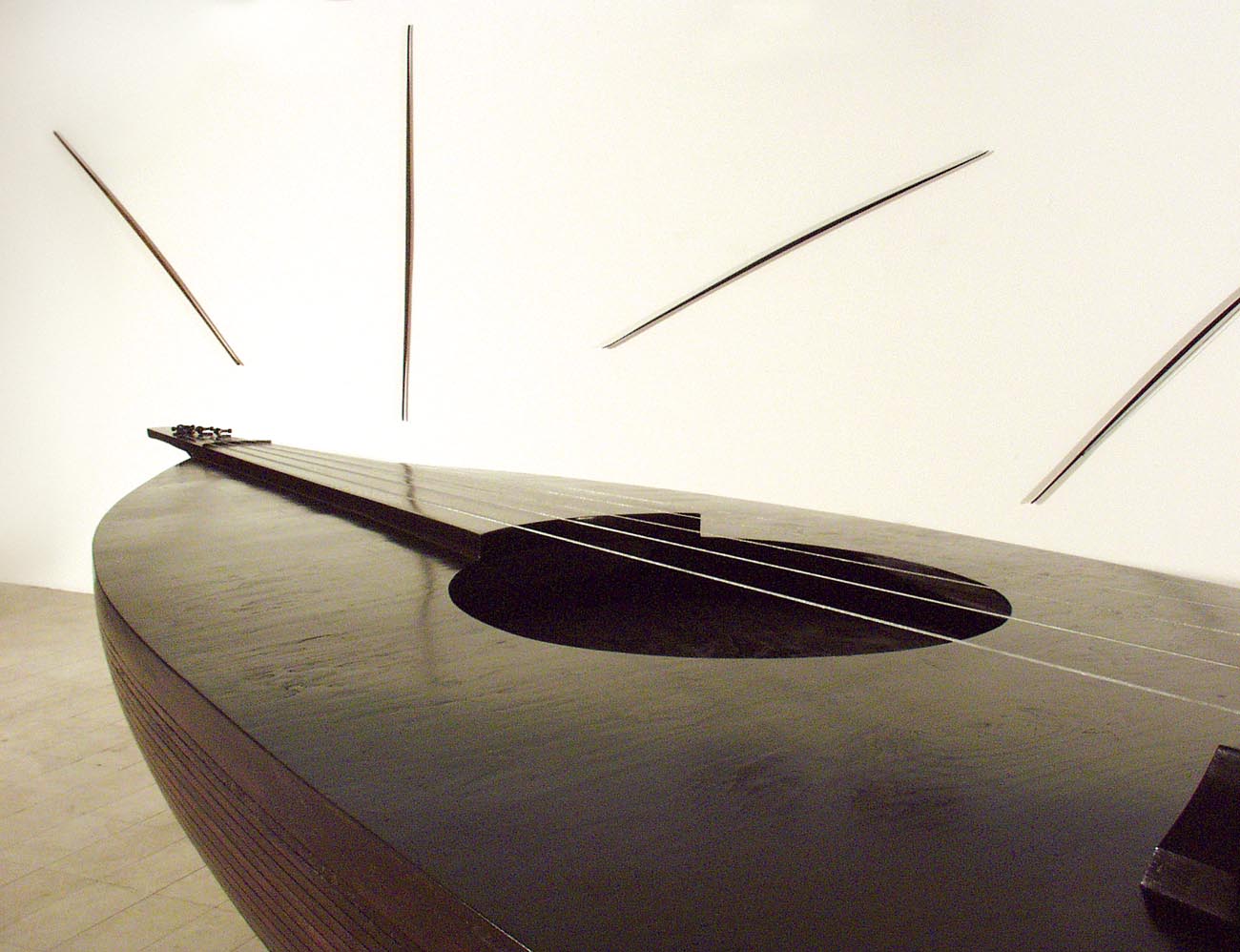 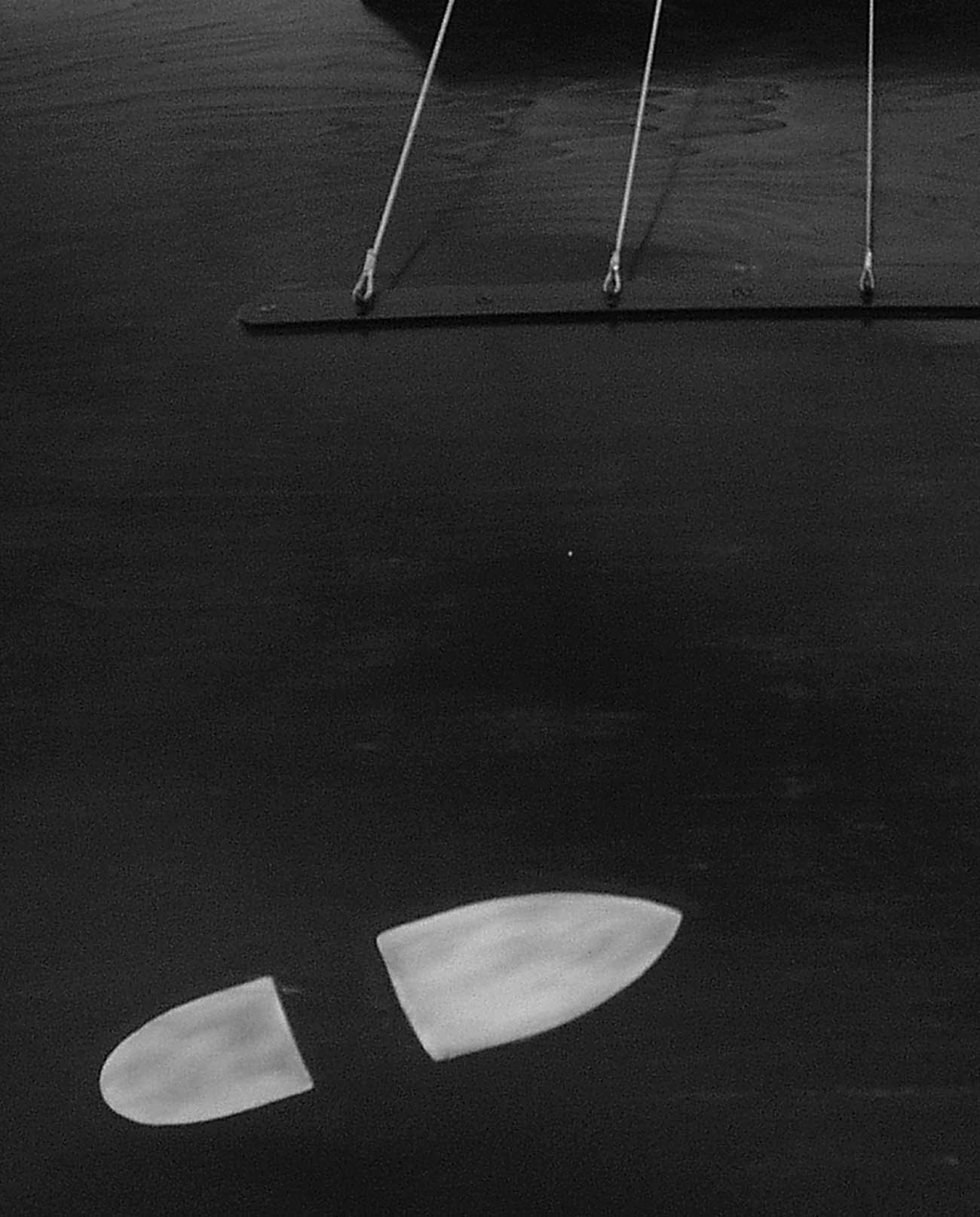 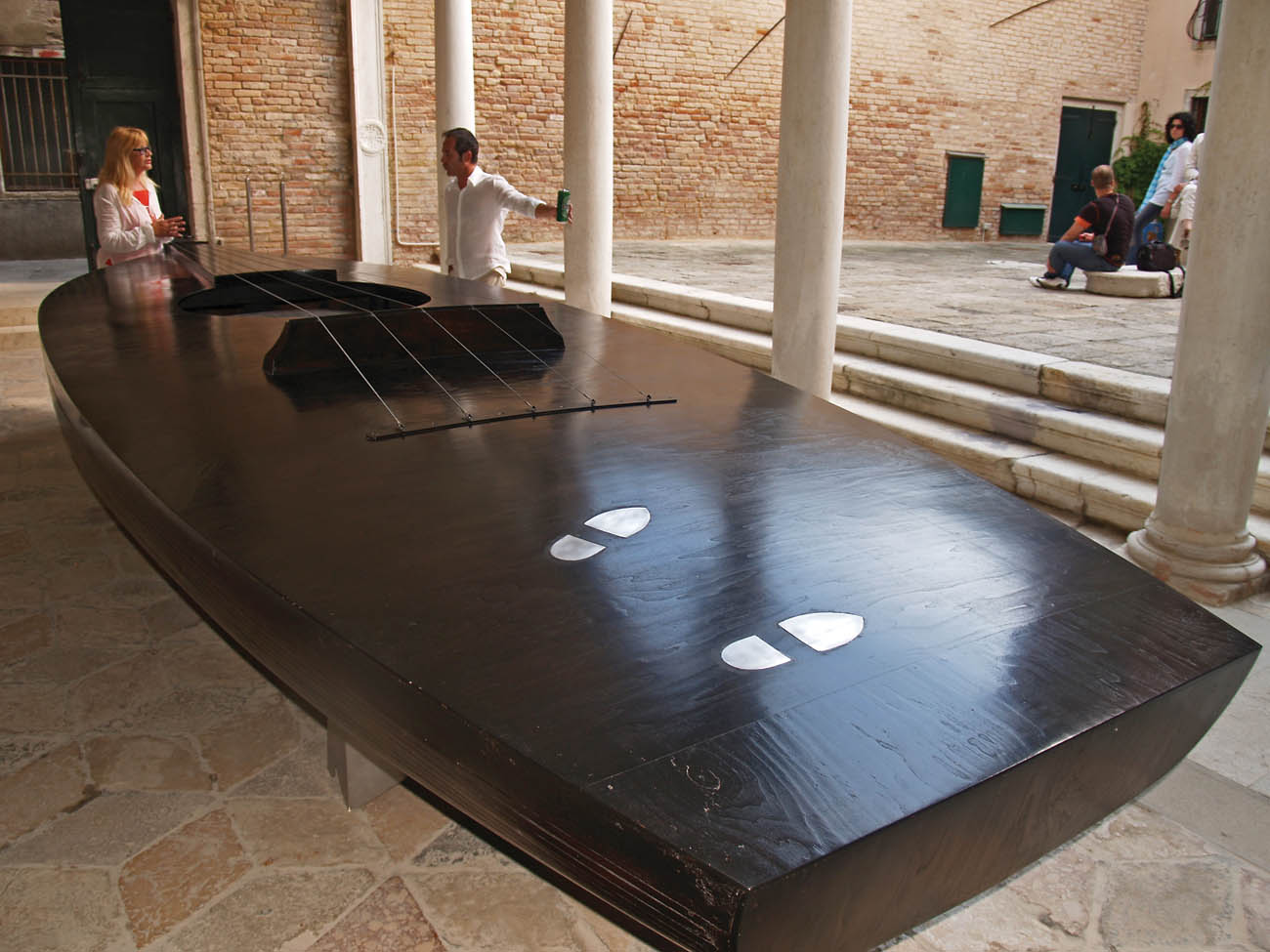 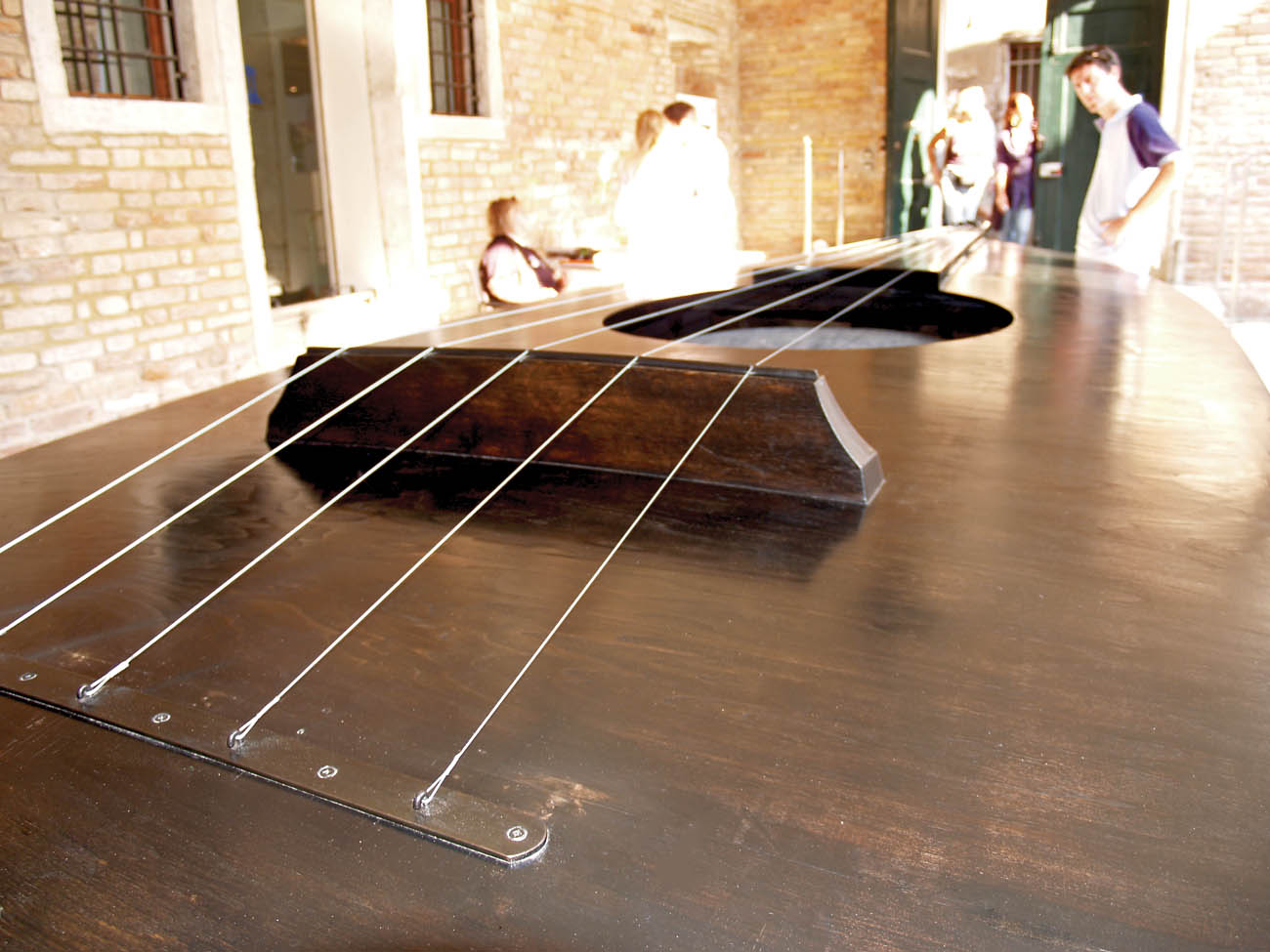 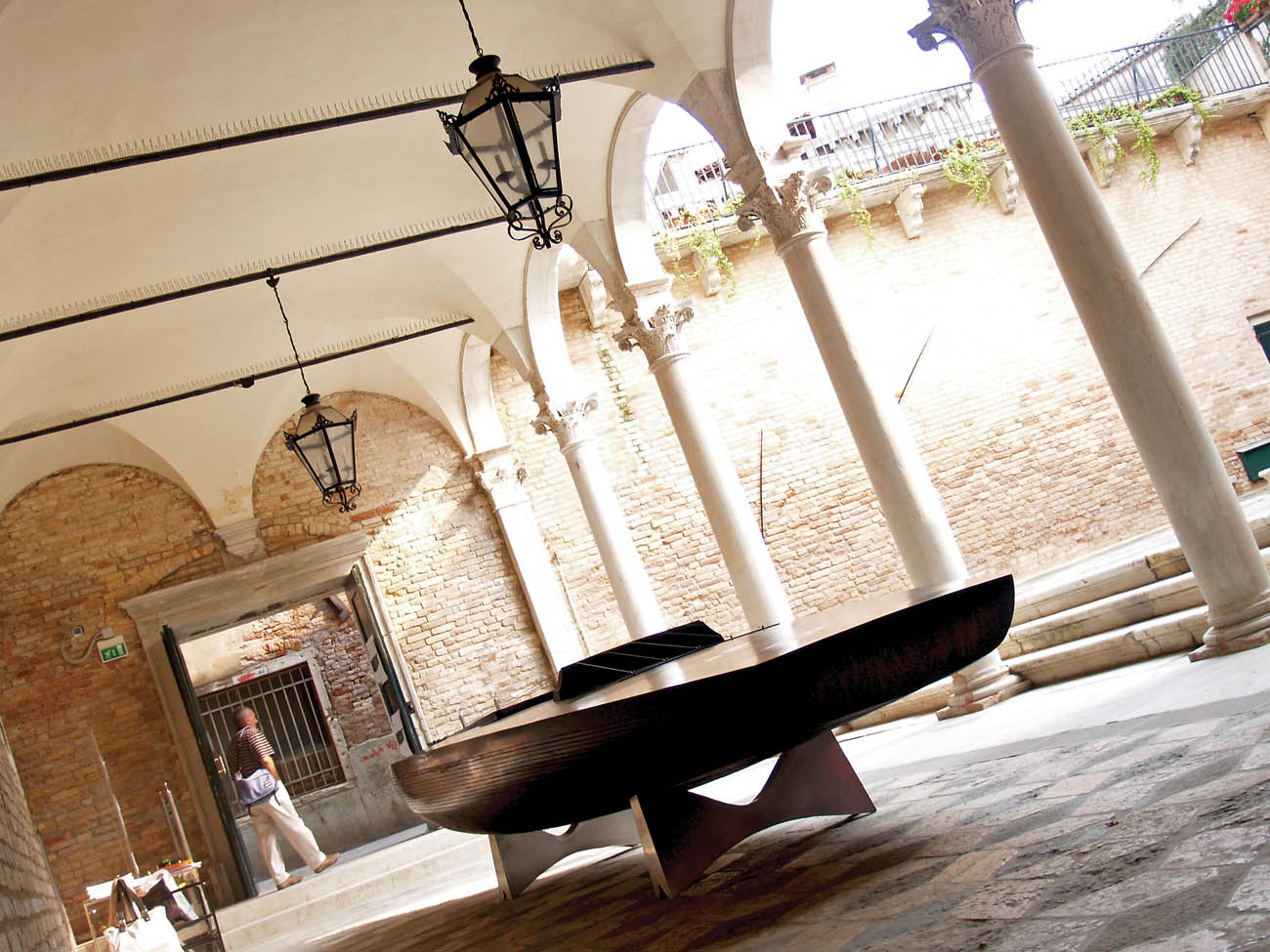 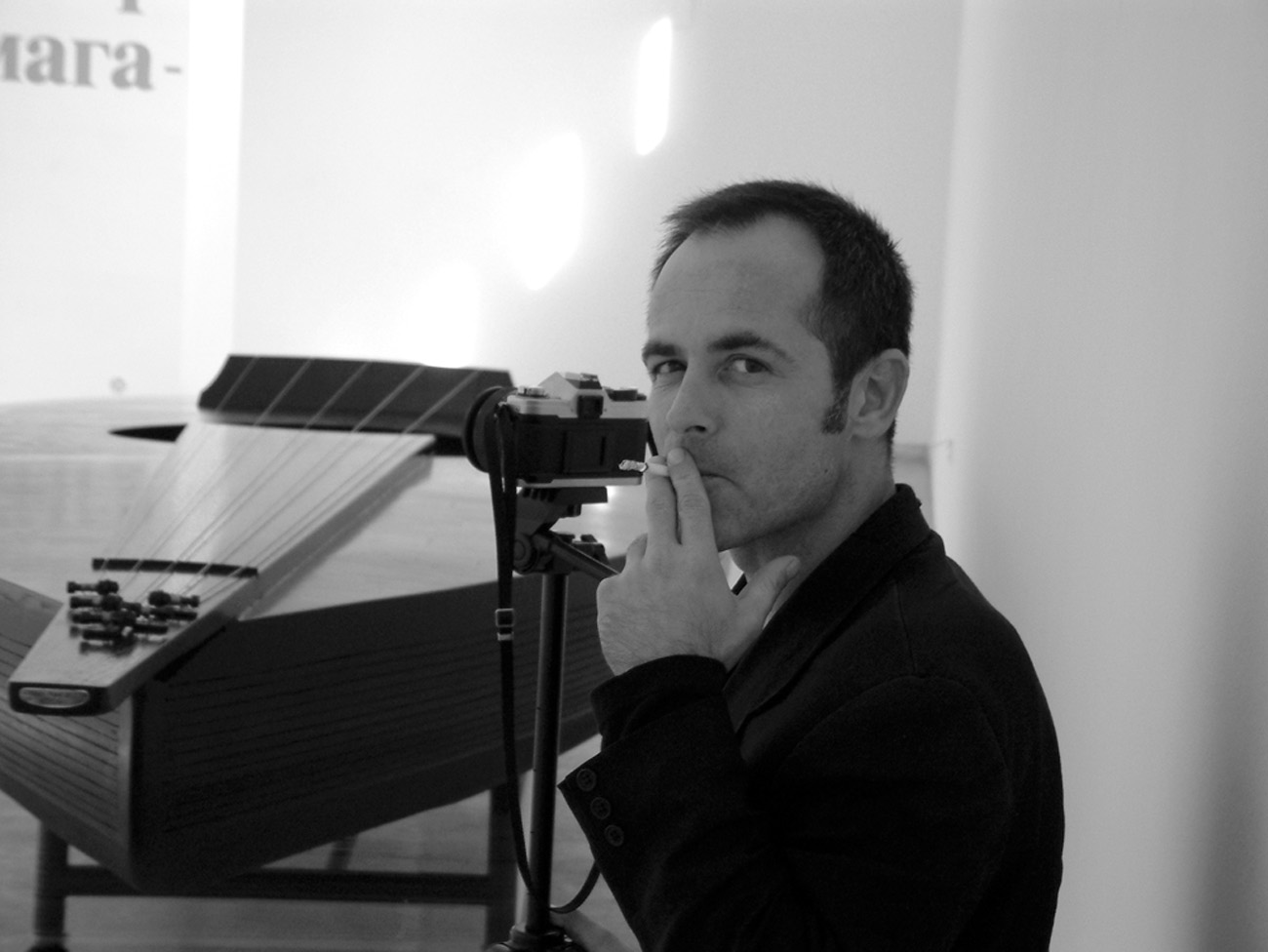 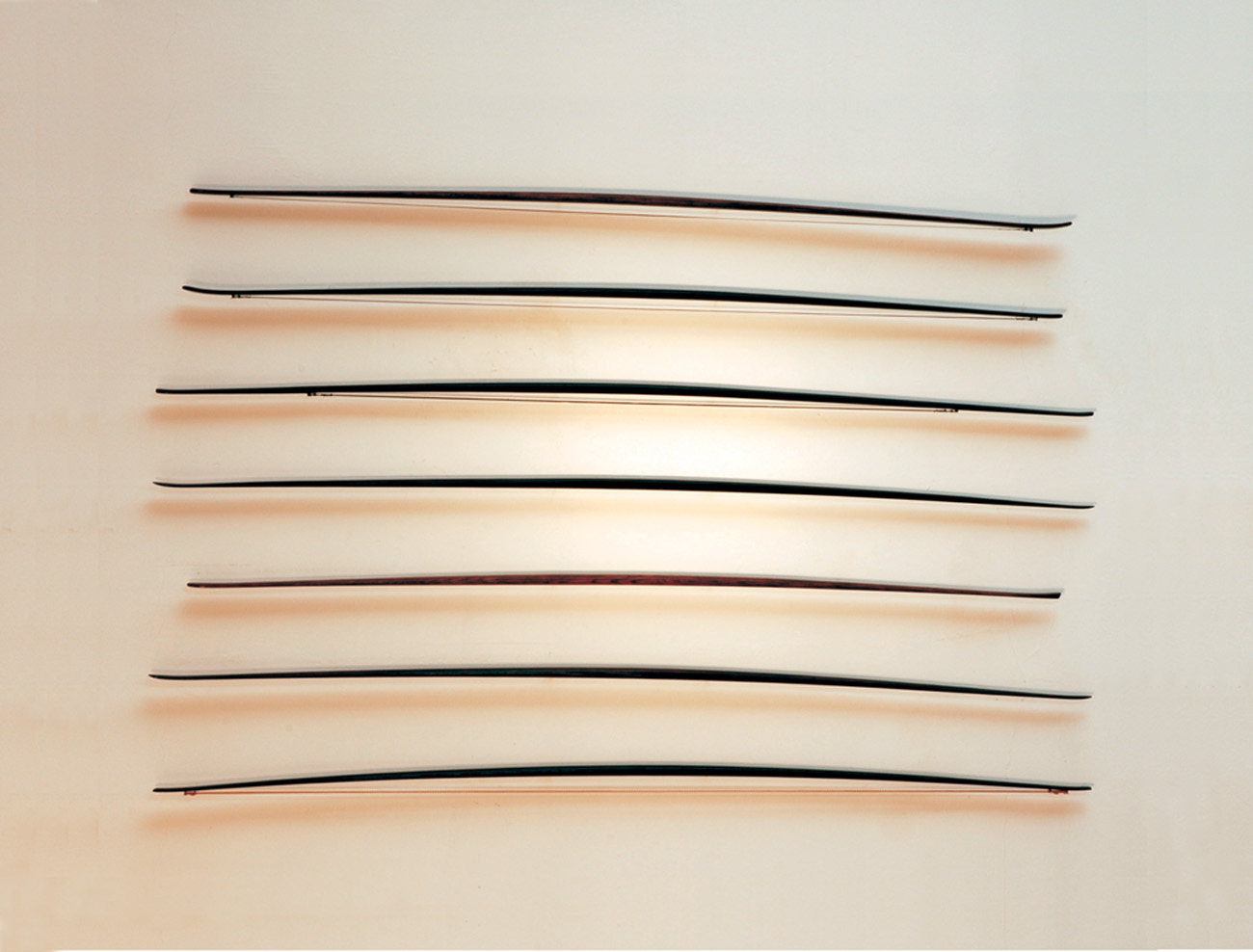